On New Year’s Day, as Miller and Lichtenstein were busy celebrating their reelection, Miller was served. They didn’t like that. In their minds they are above the law. Lichtenstein demanded from the police officers to kick the server out of the room. They surrounded the server for ten minutes as if he were a dangerous criminal. The presence of people recording the incident gave the police the brains to back off and leave the room.

The one who was the most annoyed by the server was the mayor himself. He knows that his governance is a puppet show as he obeys all orders from Kotler, Lichtenstein and Benny Heinemann and has no say of his own. He knows he’s surrounded by criminals. But if he can put on a show and make believe he is a Mayor, it’s worth it. Now that the house of cards is falling in front of his eyes, he realizes the show is over. He just couldn’t swallow it.
Coles has a personal issue with Richter as Richter gets up every township meeting to oppose the LGBT month in the local Lakewood library.

As of today, this post (http://jleaks.com/lakewood-mafia-exposed/)  has reached 10,006 views. Thanks to JLeaks, the mafia is now kaput. 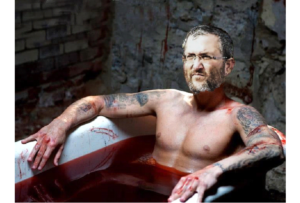