10 days after the seniors sued the Lakewood Township for the Masterplan, the builders (Mizrachi & Lichteinstein) go ahead and sue the township. They demand all restrictions to the new masterplan be removed.  These restrictions have been approved by the Planning board, the township committee and were demanded by the people. The  judge takes both cases and does not notify the seniors about the other case. Total silence. The seniors find out last week, once the judge has already ruled in favor of the builders ( Mizrachi & Lichteinstein ).

Now that the judge has ruled in favor of the builders, they can go ahead with their evil scheme. An application to approve mass overbuilding on Eagle Ridge golf course was scheduleled to be heard at the planning board this last Tuesday.

A lawyer for  Residents of nearby Fairways has filed for an injunction asking a judge to temporary stop the approval for the Eagle Ridge overbuilding plan. They want to overturn the controversial ruling. The judge  issued 30 day injunction  until further arguments which will take place on March 4th. 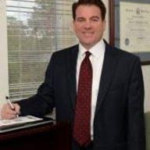 These restrictions have been approved by the Planning board, the township committee and were demanded by the people. In what right are you fighting against the people and township that pay you to defend them?!?!?!?!?!?

Do work for the people or for the builders (Mizrachi & Lichteinstein)?!?!?!