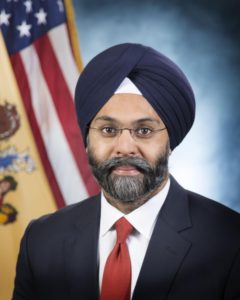 Crack Down on New Jersey’s ‘Legal Corruption’ too

Relative to New Jersey’s past, public corruption arrests in recent years have been far and few between.

But corrupt politicians were back in the spotlight again this week with the arrest of five current and former public officials from Morris and Hudson counties on bribery charges.

State Attorney General Gurbir Grewal referred to the bribery schemes as “old-school political corruption at its worst.” And, we might add, at its dumbest.

We look out for you, your wallet and your quality of life. Whether it’s ticket-fixing judges, police misconduct, or Little League officials’ questionable finances, we’re here for you. Stay with APP.com or consider a subscription today.

The five defendants were accused of accepting a total of $74,900 in bribes from a tax attorney in the form of campaign donations in exchange for promising to use their influence to steer public contracts his way.

Grewal said the bribes were handed out the old-fashioned Jersey way, with bags filled with money, and in one case a coffee cup stuffed with cash, at restaurants, parking lots and a political fundraiser. At least the politicians were savvy enough not to accept personal checks or credit cards.

There are at least three possible explanations for why there have been fewer high-profile public corruption arrests in New Jersey in recent years:

1. Politicians — at least most of them  — wised up. In the early 2000s, dozens of public officials and politically connected individuals were snared by then-U.S. Attorney Chris Christie. Later in the decade, sting operations yielded 29 more arrests of public figures. That had to make most thinking public officials think twice about doing something stupid.

2. A U.S. Supreme Court ruling made it more difficult for federal prosecutors to win bribery convictions.  Conduct once clearly deemed illegal was redefined as politics as usual. A higher bar was set for proving a direct relationship between favors granted by politicians and favors received.

Partially in response to that ruling, Grewal last fall created an Office of Public Integrity and Accountability. One of it main goals was cracking down on political corruption. That unit hit pay dirt with Jersey City Board of Education President Sudhan Thomas; John Cesaro, a former Morris County freeholder; Mary Dougherty, the wife of Morristown Mayor Tim Dougherty who once ran for a Morris freeholder seat; Jason O’Donnell, an ex-state assemblyman and Bayonne mayoral candidate; and John Windish, a former Mount Arlington councilman.

3. New Jersey politicians have turned “legal corruption” into an art form. Why run the risk of doing something illegal when you can achieve the same ends by exploiting the loopholes in the state’s campaign finance laws? A 2014 Harvard study, “Corruption in America,” rated New Jersey as one of the two most corrupt states in the union. We also were No. 2, behind only Kentucky, in “legal corruption,” which the study defined as “the political gains in the form of campaign contributions or endorsements.

Mob NJ: The Mafia is still here, tied to Port Newark and the suburbs

The late state Sen. William E. Schluter, shortly before his death last year, wrote a book entitled “Soft Corruption: How Unethical Conduct Undermines Good Government and What To Do About It.” The book included 44 recommendations for addressing the problem. Not surprisingly, none of them has been acted upon.

Grewal is to be congratulated for his vigilance. But in addition to going after politicians who aren’t smart enough to cover their tracks, he should work with Gov. Murphy and legislative leaders to close off the opportunities for legal corruption as well.