The Undisputed פריץ of Lakewood

It all began when Mr Aron Kotler put his eyes on the vast empty land of 240 acres. Kotler opened a company in the name of Cedarbridge Development Project and had the township grant him the option to have it at no cost as long as he develops the land. You may ask how in the world does the township get away with giving 240 acres of prime real estate for free- The township acted based on the ‘NJ Redevelopment Law’ which says that ‘Land that is owned by the municipality that by reason of its location, remoteness is not likely to be developed through the instrumentality of private capital’ can be given to a developer for free. So the township made a bogus claim that ‘because the cost of providing infrastructure improvements to the premises, approximates the fair market value of the land ‘it is giving it to Cedarbrige Development for free. No comps or evidence to prove this claim.

So let’s do the numbers ourselves:
1. Small part of the land was sold to Pine River Village for $9,000,000.
2. NJ DOT awarded a $4,000,000 grant to Cedarbridge Development for infrastructure improvements.
3. The Economic Development Authority gave a $1,000,000 grant
4. The total infrastructure development costs for Cedarbridge Development were $5,100,000
So for starters up until today Aaron Kotler made a profit of $8,900,000 when the township is claiming that the land is unprofitable and this is before he even started selling or building. The current approximate fair market value for undeveloped industrial land in the Lakewood industrial park area is $225,000 per acre. 240 acres * $225,000 will bring us to a whopping $54,000,000 which belongs to the Lakewood taxpayer.

Now poor Aron is asking for a long term tax abatement. He needs 30 years of not paying taxes on the vast estate he ‘inherited’.

Tonight the Township of Lakewood is passing an ordinance granting the פריץ his wish. 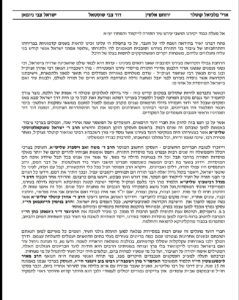 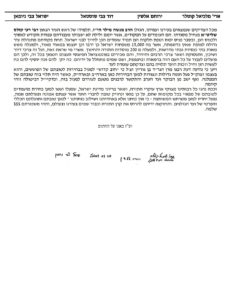 5 thoughts on “The Undisputed פריץ of Lakewood”