That’s how it works in Britain where adultery is not tolerated. In Lakewood עיר התורה you can do much worse and stay comfortably in your position

Dayan Abraham left his post at the Court of the Chief Rabbi and his synagogue in Hendon after evidence emerged of what was considered an inappropriate association with a married woman. 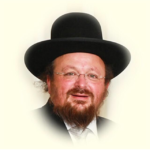 Although the US gave no reason for his exit, Chief Rabbi Ephraim Mirvis referred to it as a “shameful episode”.

Mr Goldstein, in a pre-Pesach letter to rabbis and rebbetzins, said much of the speculation about the incident had been “deeply inappropriate. Together with the Chief Rabbi, Dayan Gelley [head of the Beth Din] and my fellow trustees, we ensured that the matter was dealt with swiftly.”

In his letter – posted by the IfYouTickleUs blog – he said very few of the requests to reveal more details had been “l’shem shamayim” “for the sake of Heaven”.

“But the loudest calls have been mendacious and insincere, belying an insatiable need for juicy gossip and lashon hara [speaking badly of people] rather than a genuine desire to help,” he said.

“There are innocent family members who have been directly affected and whose lives have been devastated by the situation. As a community, we have a responsibility to look after them, to respect their privacy and to offer appropriate support.”

He also said he had been shaken by a JC article by Daniel Greenberg, which accused the religious establishment of having tried to hush up the incident as quickly as possible.

No number of policies could “fully protect any organization,” he said. “We need to provide chizuk [encouragement] to each other. As president of the United Synagogue, I am fortunate to see the very best of the rabbinate.”

That’s how it works in Britain where adultery is not tolerated.  In Lakewood עיר התורה you can do much worse and stay comfortably in your position . 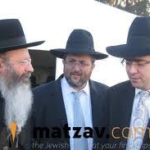 3 thoughts on “That’s how it works in Britain where adultery is not tolerated. In Lakewood עיר התורה you can do much worse and stay comfortably in your position”