Gambling addiction—also known as—pathological gambling, compulsive gambling or gambling disorder—is an impulse-control disorder. If you’re a compulsive gambler, you can’t control the impulse to gamble, even when it has negative consequences for you or your loved ones. You’ll gamble whether you’re up or down, broke or flush, and you’ll keep gambling regardless of the consequences—even when you know that the odds are that you will end up in jail. Menashe’s biggest problem is that he does not know when to stop. A gambling addiction or problem is often associated with other behavior or mood disorders. Many problem gamblers also suffer with substance abuse issues, unmanaged ADHD, stress, depression, anxiety, or bipolar disorder. Its sad to see how greed is driving this man into self-destruction.

This last Thursday an application for the division of a lot in the industrial zone was brought to the Planning board – 1875 Swarthmore Avenue Block 1609, Lot 11- Minor Subdivision to create two lots. It is registered as owned by Mr. Gissinger (son of Rabbi Gissinger). It is a 3-acre lot and the Planning Board has a rule: all lots in the industrial zone must be a minimum of 3 acres. You can build many buildings on a 3-acre lot, but it cannot be subdivided. In the last 2 years this lot got many variances approved by the planning board, so it may build a building in the back. The building was built and now it was time to divide the lot into two and sell for a profit. 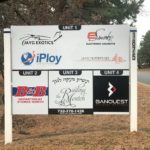 As odd as it sounds, on the day the application was to be heard, Miller had the chutzpa to call every member of the board, demanding they approve this application. He also called Ally Morris the Planning Board Administrator, and while yelling on top of his lungs demanded the approval of this application. An hour later; Ally Morris received a call from the mayor saying that based on the advice of Mr. Seeger, the township attorney, he would ask Ally to convey a message to the members of the board asking them to oppose this application. (Mayor Coles is terrified of Schwab’s frivolous lawsuit. He knows that in discovery a lot of illegal garbage will come out so 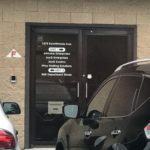 lately he is trying to protect his a–.)
It gets even weirder. At the meeting, Brian Flannery claims that 7 lots in the industrial zone have been divided even though they have become less then 3 acres each. Brain was lying as usual. I wouldn’t expect any different from him. The 7 lots had nothing to do with the man on the moon. (see here at minute 44:00: https://townhallstreams.com/stream.php?location_id=88&id=15083)

So why is Mr. Miller so into this lot!?! What’s in it for him!?!? It’s simple. Apparently, the lot is owned by 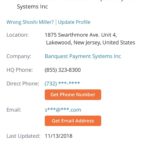 Mr. Gissinger only on paper. The real owner is Kevin Frisch from Banquest. Remember him?? He is partners with Menashe Miller. So Miller was dividing this lot so he can make a few $$ for himself. Banquest’s offices are situated on the 4th floor of the building. Kevin has serious stake in this deal.
The good news is: these days the township boards are afraid to make an illegal move. Except for old man John Franklin – they all voted against it! They all know precisely why Menashe was demanding the immediate approval of this lot and they did not want any part of this illegal move.
As for Menashe – he has no hope. He is addicted to illicit money.