Rabbi Yonason Abraham, last week resigned his position as a prominent member of the London Beth Din as well as his post as the rabbi of Toras Chaim synagogue in Hendon, north west London, amidst allegations of an inappropriate relationship.   In his resignation letter he said that he had “fallen short of the standards expected of me”. Dayan Abraham is renowned speaker who attended many Jewish functions worldwide.

According to the Jewish Chronicle, Rabbi Abraham said he had been “under exceptional strain and stress for some time which has taken its inevitable toll. I have been spent my life helping others including some wonderful friends and supporters in this kehillah (congregation) of which I am so proud. I now need to help myself and my family.” He asked congregants to respect his and his family’s privacy.

Allegedly It started when Dayan Abraham attempted  to  unite a couple that was going through a divorce. Eventually the Dayan got close to the wife. The suspicious husband had his wife followed  and she was found with the Dayan in the same hotel room.

In a forthright and unprecedented message to rabbis under his auspices, Ephraim Mirvis, he said: “The London Beth Din is one of the oldest and most respected Batei Din in the world. To have discovered that one of our Dayanim had, in his own words, “fallen short of the standards expected” of him, has shaken us to the core.  When one of us fails in this manner, we are all greatly diminished.

“A Beth Din must be unimpeachable in its embodiment of Torah values – anything less is entirely unacceptable.  It was for this reason that I, together with Dayan Gelley and the United Synagogue, ensured that the matter was dealt with so swiftly.

This shameful episode has been met by many with disbelief and has caused great pain. In addition, there are innocent family members who have been directly affected and whose lives have been devastated by it.  As a community, we have a responsibility to look after them, to respect their privacy and to offer appropriate support.” 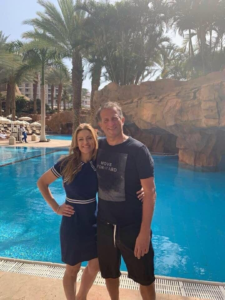 That’s how it works in Britain where adultery is not tolerated.  In Lakewood עיר התורה you can do much worse and stay comfortably in your position . 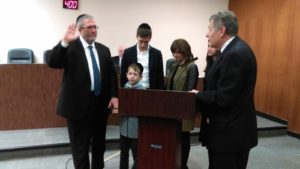