Satmar ( zaly)  came to the Planning Board requesting to build a Shul with a full simcha hall  on  West Kennedy Blvd   without any parking. The planning board members all objected to this rightfully so, including Rabbi Chaim Sabel who is a member of the Belzer community of Lakewood. 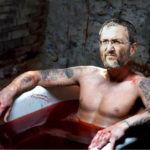