Anti-semitism in Ocean County – Are the LKWD Politicians Responsible ???

The ‘Jew Coup’: We Dare Not Be Silent 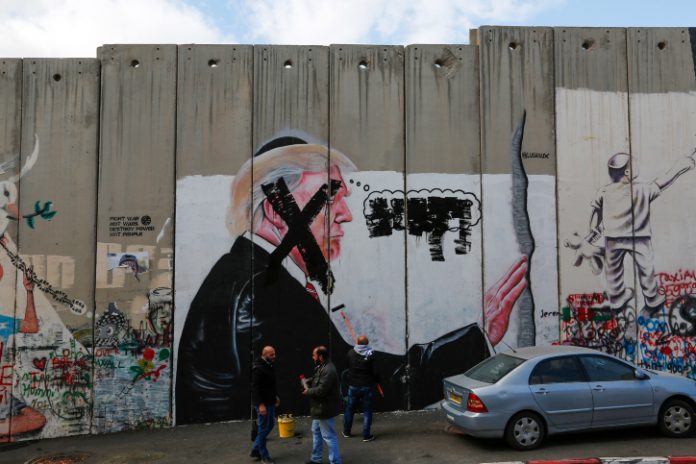 In a deeply offensive video clip that’s been making the rounds on social media, a Florida pastor named Rick Wiles labels the Democrat drive to remove President Trump from office a “Jew coup.” He didn’t choose that name merely because it rhymes. He fleshed out the catchy label with classic conspiracy theories about “the way Jews work.”

If you’re ever shopping around for a contemporary example of clear, unambiguous anti-Semitism, look no further.

Prior to the circulation of this video, I had never heard of Wiles. Turns out he’s the founder of TruNews, an online media company. He has a long history of promoting end-of-times visions, frequently tied to anti-Semitic and other bigoted conspiracy theories.

In short, Wiles is a hateful kook. Because he’s a hateful kook who supports President Trump, however, numerous voices in the Jewish media called for the White House to repudiate his anti-Semitic detritus. They were even able to find one instance of the president calling on a TruNews reporter at a press conference, and an unplanned TruNews interview with Donald Trump, Jr., to spin a tale connecting Trump to Wiles.

As a Trump supporter, I agree that it would have been nice to see something from the White House. Then again, it’s always nice when a president speaks out against anti-Semitism. On that count, President Trump stands head and shoulders above his predecessors. His comments after the Pittsburgh shooting, his 2019 State of the Union address, and his campaign for religious freedom around the globe place him among history’s greatest non-Jewish leaders when it comes to concern for Jewish safety and welfare.

Furthermore, I don’t see how a few interactions with TruNews reporters creates some heightened responsibility to repudiate this specific instance of anti-Semitism. Sadly, there is far too much hatred floating around for the president to call out each and every occurrence. And if I had to choose one? I’m far more concerned about Jews being attacked in the streets of Brooklyn and Monsey than I am about a video.

The “Jew coup” video does, however, raise a different concern that requires a response – and not from the president. As offensive and hateful as the “Jew coup” label may be, it hardly lacks a factual basis. Adam Schiff and Jerry Nadler – the committee chairs serving as the most prominent public faces of impeachment – are both Jews representing large and important Jewish constituencies. All three of the law professors who testified in favor of impeachment last week – Pamela Karlan, Noah Feldman, and Michael Gerhardt – are also Jewish. So are both of the staff lawyers who put forward the Democrats’ case: Barry Berke and Daniel Goldman.

To their credit and my relief, none of them have claimed to be acting as Jews, or even to be championing Jewish values. Their antipathy for the president and their participation in this process derive from their identity as Americans and their ideology as progressives. Nevertheless, they see themselves as Jewish, the Jewish community sees them as Jewish – and anti-Semites see them as Jewish. Wiles merely gave a distasteful voice to something everyone can see.

Jewish voices and faces dominate the news spouting lies that no rational person believes. Yes, there are indeed decent people who believe that President Trump behaved improperly vis-à-vis Ukraine. But the notion that he exhibited one of the most egregious abuses of power in the history of the Republic? The claim that the facts compelled the Democrats to impeach? The suggestion that a “resistance” that formed before Trump even entered office is now proceeding with sadness, humility, and solemnity? Really?

These are the stories prominent Jewish Democrats broadcast on a daily basis. It’s a deep embarrassment that reflects poorly on the entire American Jewish community. It goes far beyond a lack of appreciation for the bold stands President Trump has taken in favor of Jews, Judaism, and the Jewish state. It feeds the classic anti-Semitic defamation of Jews as duplicitous manipulators.

Where are our Jewish leaders willing to stand up and call it out? The Jewish connection to this impeachment is far clearer and deeper than President Trump’s connection to Wiles. Yet, so far… crickets.

Where are the Jewish leaders willing to call out this abomination as antithetical to Jewish beliefs and values no matter how many Jewish fingerprints it bears? Wiles’s anti-Semitic screed is a warning: If we Jews do not disown this coup, we will end up owning it.

https://www.jewishpress.com/indepth/opinions/the-jew-coup-are-we-responsible/2019/12/11/
Much has been said about the rise in attacks against Jews in the US. Are the Politicians at fault? Is the LKWD mafia responsible for the rise of RUOC?

Where are the Jewish leaders willing to call out this abomination as antithetical to Jewish beliefs and values no matter how many Jewish fingerprints it bears? Wiles’s anti-Semitic screed is a warning: If we Jews do not disown this coup, we will end up owning it.

2 thoughts on “Anti-semitism in Ocean County – Are the LKWD Politicians Responsible ???”